Boo-ya! the Toronto Fan Expo went right ahead and rocked my world.

So first off- unlike most con weekends, I actually got a chance to see a bit of the city:) the convention is right downtown, at the MTCC, right at the base of the CN tower. I rode a subway for the first time ever, got lost in a neighborhood or two, saw a bit of buskerfest... all kinds of good times :) 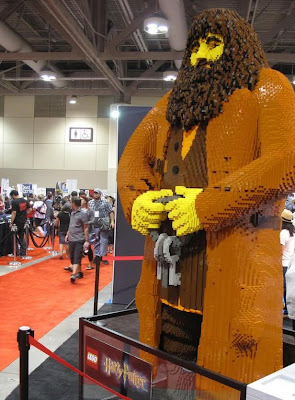 Before I even got on the plane- the security guard checking my bags flipped through my portfolio for bombs or w/e, loved my artwork- and so I ended up giving her 2 pieces to take home (she made sure I had been cleared for not having drugs/explosives before accepting) haha

I did not get to meet Tom Felton myself (Draco from Harry Potter) but I did send my cousin in for 2 autographed pictures- as I had promised some important ppl back home some malfoy ink :) sounds like he's a pretty easy going guy, everyone seemed to have a lot of fun chatting with him.

I also chatted with Lance Henriksen- twice :D once when I went up for a signature on my "all hail the Queen" piece, and then a second time because he wanted a copy of the picture as well!! 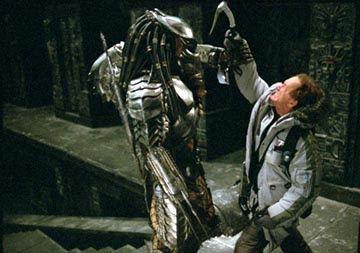 I grabbed another print from Mike Boldt, 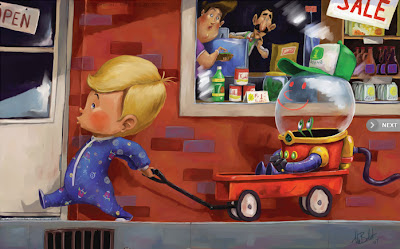 his childrenbook illustrations are all kinds of impressive and inspiring- nice guy to boot.

Also met Caanan, this guy has some sick style, most definitely be keeping an eye on his work from now on... very calvin+hobbes esq = im on board. 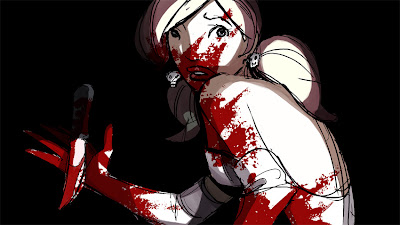 One of the artists responsible for the Iron Giant movie dropped by to grab a print and chatted :) The Iron Giant is inside my top 10 movies of all time list, so this was beyond cool for me.

an exhausting four days.... think that's about it for the weekend, it was a great show, Im already excited about heading back again next year :)

I will be in Winnipegs Market square on Oct 1 for " Culture Days" , selling quick sketches and prints... I'm not expecting a huge turnout or profit, but I feel like im behind on my traditional mediums practice quota, and drawing live for kids and bystanders is great incentive/practice.

got interviewed here about the Royals comic hitting shelves

one of the coolest things happened the other day.... a FF fan from the UK has gotten a piece of my art Tattooed front and centre. damn.

ALSO! while were talking about this piece- its been downloaded 100-god-damn-thousand times from some wallpaper site... which is cool... but the fact that they upload their wallpapers without giving credit to the artists has me irked. I have had a dozens of people come up to me at comic cons who recognize the piece because they downloaded it from this site... super cool... but a bit not 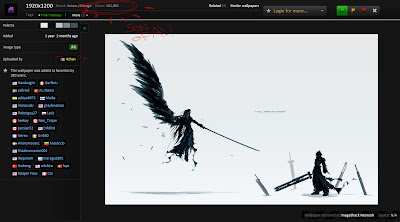 Xmen and a tee 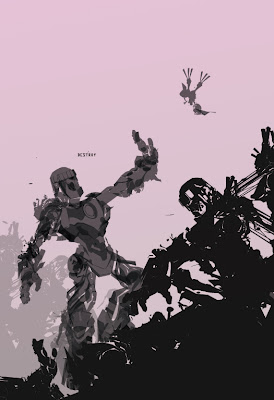 Working on an X-Men piece- shes in the very early stages, but you get the general idea (wolverine is taking on a sentinel)
I had originally planed on having this piece ready for the fan expo- but life has been hitting me from all sides lately, in the best kind of summer-is-awesome-and-overly-hectic-kinda-way just didn't have the time to finish :S

catch you cats when I return from Toronto next week!

also- this past week I screen sprint 40 tees for this goofy idiot's annual kegger (you had the option of blue or yellow): 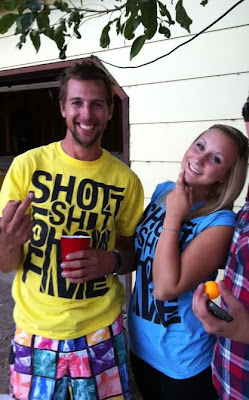 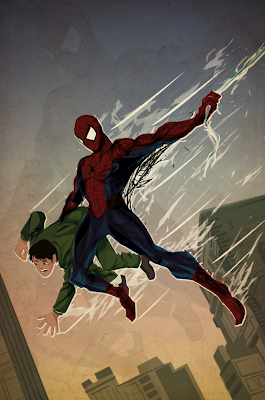 your first task: Go listen to this sad/awesome portal vid
and now for some ramblings:
Got featured on kotaku which means I received MAD internet attention for a couple days :) always nice
Got back from Chicago wizard con 2011- first off- thank you everyone who came to my booth and purchased work! this was my most succesful artists alley to date, and I am already excited to make the trip next year... (ive been hearing some great things about the Chicago C2E2 show, may have to make that con as well...)
I winged this wknd solo- so I was pretty much stuck behind my table the entire time, but I did manage to wander a bit and check out some of the other talent, this years con featured 500+ artists, and good lord was there some talent kicking around... I wish I had bought/traded far more artwork :S
also grabbed one of these bad boys: 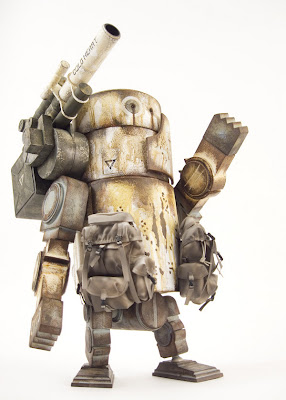 My desk now looks proper-classy
also- did an interview with these guys: the first video just has a little blip of my work/table, but I think the full interview will be posted soon.
my hotel was also quite the wknd experience: I had breakfast a couple tables away from Felicia Day, rode an elevator with the Chewbacca actor, checked out at the same time as Lough Farigno, and took a shuttle back to the airport with one of the Boondock Saints... celebs just coming outa the woodwork
So now that my print inventory has been completely decimated by the classy cats of chicago- its time to rush to my printers for the Toronto Fan Expo in 2 weeks!!
cheers mates!
Posted by Justin at 7:31 AM No comments: 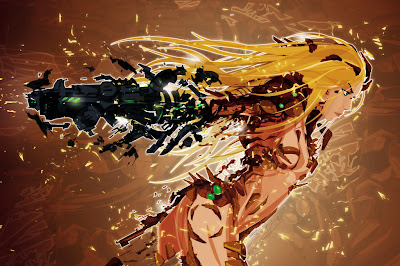 Just wrapped up August long weekend-and regardless of having no plans made whatsoever, it turned out to be a great one... im writing down what I did -more for me to remember, than for you guys.
Fri- sent off my print files for the upcoming chicago comic con, met up with my mates and went to the "Toad in the Hole" pub, met some random country people, followed them to the "Academy" Patio, after a drink or two there, we skipped over to the Australia bar "billabong" where our bartender working was Jermaine Clements (from flight of the conchords) doppelganger... im still not convinced he wasn't the real one.
From there, we set off on a trek for the "Taverns" rooftop patio-for whatever reason we ended up walking through a forest on the way... was a bit sketchy, there was randomly a mattress in there. The night eneded with a trip to the Poutinery (which is a place that exclusively sells big messy plates of fries+gravy+awesome)
Sat- finished off the above Metroid piece :) then BBQ and beers with some buds, followed by the famous BDI's ice cream and then off to a sports lounge for exotic beer. finished off the night with a marathon of "East Bound and Down"
Sun- went to Winnipegs Folarama Festival "Celtic Pavillion", followed by drinks at a buddies house, then off for pints at the kings head pub- which included a staggering loss at foos ball against some new friends. Im pretty sure they were AAA foos ball players in disguise.
Mon- hit a club for the first time in a while, and did all the things one does at a club. wait in line to get in, danced it up, waited in line to get a drink, dance, waited in line for the patio, rinse and repeat.
also:
found a stellar New song for the playlist
Posted by Justin at 9:28 AM No comments: